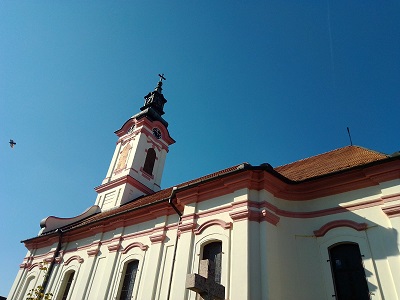 The basis of an ancient structure dating from the first half of the 16th century makes a foundation of the Church of St John the Forerunner. According to tradition, at the place of the Small Orthodox Church there had been an orthodox church originating back from the time before the Turks had come to Sombor in 1541. The Turks had turned the orthodox church into a mosque. After they had left the area it was turned it back into the church of St John the Forerunner. The old church was torn down in 1786. In 1790 the new Church of St John the Forerunner, built in baroque style with rococo elements was consecrated. The iconostasis of rich late-baroque decoration with neo-classical elements was painted by Pavle Đurković and finished in 1809. The last extensive restoration was done in 1978. 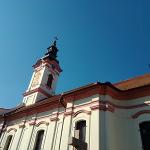 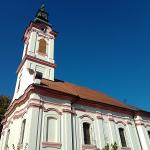